A Via Media in Safeguarding?

by the Revd Canon Simon Butler, Prolocutor for the Province of Canterbury 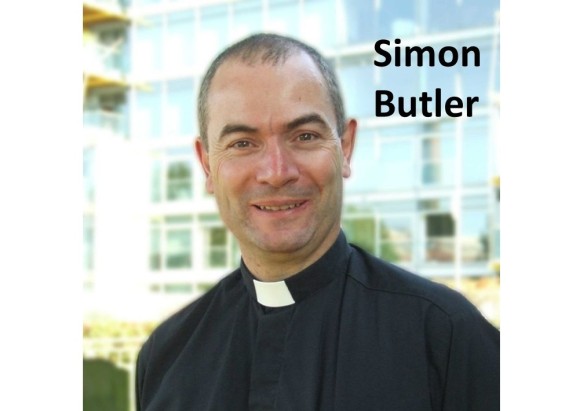 Via Media is billed as Rediscovering the Middle Ground. Among the polarisations within the church today is the one that exists between what we might not-quite-helpfully identify as the “institutional church” (which is of course is real people doing real jobs) and the survivors of sexual and physical abuse in a church context.

The temperature rose once more a week or so ago when the Liturgical Commission of the Church of England published a range of texts, prayers and readings for use in the context of Safeguarding. Although the resources issued were for use by many groups in the church, the publication of these texts prompted an unhappy, regretful letter in the Church Times from a group of survivors claiming that the consultation that was reported was not adequate and implying that the resources themselves were, potentially, harmful.

It was in this context that I received an email from a survivor which I offer as another perspective upon this polarisation. I reproduce it in full and with permission, although understandably the author wishes to remain anonymous.

Can I say how glad I am for the work you are doing on clergy well-being in the national church. Although we would disagree about some important issues facing the Body of Christ, I do want you to know of my appreciation for this work and assure you of my prayers as you continue.

The prompt to email, though, isn’t directly about well-being. It’s about safeguarding. I’m a clergy survivor of sexual abuse in the Church of England. This is something that has affected my ministry and my personal life for many years. I’m careful about who I talk to about it, and I’ve not thought that a survivors’ group would be a very healthy place for me, although I’m glad that they exist for others. My journey over the years has been difficult but, by God’s grace, I’m able to function and minister to my congregation and local community in what I hope is a faithful and reasonably effective way – you’ll have to ask them I suppose! I know how much I rely on the grace of God and His Church here in [name removed].

But I do feel I want someone to know among the ‘powers that be’ that I could not have been more supported by the Church than I have been. My bishops in….[name removed]… have been without fail sensitive and understanding, they have listened and provided me with prayer and practical support. I’ve confided to a few key people in my leadership team who are amazing prayer warriors for me in the moments when the memories return and it affects my ministry. I do believe God is slowly healing me.

I decided to get in touch because I’m aware that this isn’t the story that often gets told by survivors publicly – typically the Church comes in for criticism, and often rightly so – but my story is also part of the story of survivors of sexual abuse. The way the Church treats us is sometimes far better than some of the louder voices make out. I’m very reluctant to criticise fellow-survivors, who have been through enough already, so all I want to ask is that the Church authorities listen to as wide range of survivors’ stories as they can and not just the ones who often pop up? I keep seeing some names in angry letters and blogs I do wonder sometimes how representative they are.

If you can make any of this heard with those in General Synod, please do so, but I do not want to be identified. I sometimes get asked to see a survivor in my diocese to provide some support, but I think it would be unwise for me to stick my neck out beyond that: it would just bring a lot of the bad memories back and I try and move on rather than dwelling on the past too much.

In Him, John [name changed]

I was very touched by this honest letter.

Not long ago I was pleased to be described by Gilo – a much-respected survivor – as a ‘natural ally’ of survivors. I hope I am. I’m aware, as a member of Archbishops’ Council, just how much work and resource are being done and provided to address past failures and to make the church a safe place for all. Much more remains to be done until, as Archbishop Justin said recently, churches should be the safest places in our communities.

So I share this email as an ally of survivors both angry and content in the hope that some way can be found to de-polarise the current climate. If we are to avoid ‘othering’ – the making of one group not part of ‘us’ (and it seems to me that both the church and survivors risk doing that of the other party which is really not good for anyone) then we all need to find a better way of engaging. Without doubt, the Church must take the bigger step here so that, as far as possible, survivors’ are not rebuffed, as some, but as we can read above, not all clearly feel.

At the same time, while recognising that survivors’ groups that exist cannot speak for the whole body of survivors and that being consulted and involved does not necessarily always mean getting one’s own way, can a way be found for survivors themselves, both those with a rightful sense of anger and those who feel well-supported by the Church, to make supportive and constructive criticism of the institutional church, not chiefly as ‘survivors’ but as fellow, equal members of the Body?

Is it time for some proper mediation?

6 Responses to A Via Media in Safeguarding?