“Calm Down Dear…” – Love and Anger in the Church

By the Rt Revd Paul Bayes,  Bishop of Liverpool 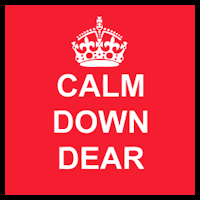 “That’s what politics is about, Philip; love and anger.”
Neil Kinnock to Philip Gould, 1992

“That constant humiliation to survive. If you’re not angry about it, what kind of person are you?”
Ken Loach, 2016

The road to justice and holiness begins from our own front door. If as a Christian I believe I am beloved of God, and if I believe God made me the way I am, then my jumble of emotions, desires, longings and hopes is God-given and capable of redemption. From there the journey begins, the journey to change the world inside and outside. Kieran, one of the leaders of “Open Table”, our LGBT congregation in Liverpool, told me this week of a saying they have there: “Come as you are. Be as you are. Leave differently.”

All this is true. But the Christian tradition has often suspected anger, excluding it from this vision of the whole of life redeemed, expecting disciples to amputate it or repress it or ignore it, at any rate to suspect it and fear it, to regret it and deplore it and certainly not to listen to its voice and amplify its cry. There is a story of one of the saints of early monasticism, in the desert of northern Egypt, who kept a stone in his mouth for many months “until he learned to speak without anger”.

For much of the church and much of the time, to be angry has been the same as to be immature. In such a view anger must be bottled up, we must hedge the heart before we speak; the only thing that matters in our conversation is argument, dispassionate argument. In such a view argument is what makes a difference, argument is what moves and changes people, only argument. After argument there can be no room for feeling, only argument moves the world and the church family along, we were born to argue and then to submit to the better argument. Let’s keep everything cool and cerebral; after all, didn’t Jesus say that the angry would be subject to judgement (Matthew 5:22)? The heart is above all things deceitful (Jeremiah 17:9) – so let’s strangle it, in particular shrivel its terrible twin faces of anger and desire.

And yet, and yet. We know that the Bible makes more room for anger (and of course desire) than this. The Lord Jesus does not seem to have been ashamed of his anger, when he cleared the temple or when he healed the man with a withered hand or when he spoke hard and straight truth to the Pharisees (John 2:13ff, Mark 3:1ff, Matthew 23:15ff). The writer of Ephesians was unafraid of anger, and distinguished it clearly from sin (Ephesians 4:26f).

No, anger is not sin – though of course anger is seen in scripture as potentially dangerous and as in need of care. James, echoing a recurrent theme in the Hebrew bible, exhorts his readers to be “slow to anger” as God is slow to anger (James 1:19, Exodus 34:6, Numbers 14:18, Nehemiah 9:17, Psalm and Proverbs passim). But the scriptures make room for the slow heart, for slow and real anger just as much as for passionate desire.

In his marvelous question-and-answer “Catechism of Christian Doctrine” (1985) the Roman Catholic theologian Herbert McCabe writes this:

Q: What is courage?
A: Courage is a disposition of our feelings of aggression which inclines us, characteristically, to face up to and deal with difficulties and dangers for the sake of doing what is good: a courageous person is neither over-aggressive nor timid; is angry about the right things at the right time and is prepared to suffer patiently when it is necessary and even to die for the sake of justice or in witness to the gospel…
Q: How do we exercise the virtue of courage?
A: We exercise the virtue of courage principally in energetic struggle on behalf of the poor and the weak and on every occasion when we have to face hostility and danger for the sake of justice and the gospel.

In short, as McCabe says in his book “On Aquinas“ (2008): “Courage is the virtue by which our aggression is reasonable” (p167). And in every deep and deep-felt conversation in the world and the Church, our aggression needs to be reasonable. Not strangled, but strongly present. And reasonable.

I write this for a purpose – to combat poor practice in the Church. The poor practice is this; that people whose inner and outer lives are deeply impacted by an issue, and who become angry as a result, are discounted precisely because of their anger. This has been the age-old fate of women in the West, and the fate of any oppressed group, and it is the fate of many LGBT people in the Church today. The advice from the men at the top (and they usually are men, and they are always at the top) is the old, infuriating, demeaning advice: “Calm down, dear”.

Calm down, and clam up. Don’t feel what you feel, or at least don’t express it. Behave. Let’s hear an argument, not a cry. Deny your deepest pain, and your deepest love. Instead play our game, our arguments-only game, our game that believes people only really exist from the neck up; calm down, dears, because your game is not legitimate, and we have decided that, and we are always right.

In the face of this old and cold advice I want to offer an even older, warmer, Biblical encouragement to those on the edge in the churches, and in this season to LGBT Christians in particular: be warmly angry, be hot with anger, but do not boil away.
Be warmly angry, but do not boil away. Feel what you feel, and turn the feeling to strength. Don’t mourn, organise. Let the person you are in God speak out, so that your own desires and your own anger become the engine for a just world.

Come as you are. Be as you are. Leave differently. Love differently. Bring your heart’s desire to bear on the life of our community. Make yourself heard, and if people like me act as if we know you better than you know yourself, then set us to rights, tell us the truth, motivate and stir and provoke us to know your anger as you know it.

And then, please, for all our sakes, exercise your courage, the virtue by which your aggression becomes reasonable. And bring your courage to bear on the councils of the church. And share facts and logic and truth and history and perspective, and (yes, of course!) argument. But never lose your anger, even after you’ve let it blow through you as the sun goes down, and refused to allow it to consume you. Bring your next-morning anger, your tempered anger, your reasonable passion, the truth of how you feel, and contribute it to the whole community, which desperately needs to listen to it.
Make a difference. Return, day after day, in the face of discouragement and misunderstanding and opposition, to make a difference again. Keep on making a difference until things are different.

And thank you for bearing with us still, and for enriching our half-awake lives, and for waking us up further. And thank you most of all for the passionate word of Christ that you have received and that you – and only you – can speak forward into our church’s symphony today, a word of the heart, the word of love and anger.