Wellbeing, Leadership and ‘The Other’

by the Revd Canon Simon Butler, Prolocutor for the Province of Canterbury 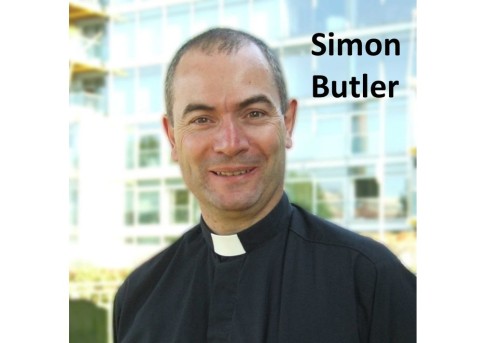 How well are the clergy you know? If they weren’t at their best, would they feel able to tell you?

During the past two years, I’ve been involved in the Working Group which produced The Covenant for Clergy Care and Wellbeing. We’ve been at pains to point out that addressing clergy wellbeing is not a case of special pleading, but that when clergy are well congregations tend to be healthier.

In the past week this work has been added to by the publication of the latest longitudinal survey in the Living Ministry Project of the Church of England, and the focus of this research has been on Ministerial Effectiveness and Wellbeing. The survey shows pretty high levels of wellbeing among clergy, although there is a dip when clergy move from curacy into incumbency. The Project Report bears careful study, although there should be one word of warning: it is heavily weighted to younger clergy and the period when clergy experience their lowest sense of being well is in their early fifties (something I appreciate in myself). Things may not be quite as rosy as they appear to be…

At the same time as reading this report I’ve also been watching a brilliant documentary series – referenced just last week in Via Media by Peterson Feital – called Why We Hate. It should be compulsory viewing: it shows how physiologically, psychologically and sociologically we learn to hate. We are not born to hate, we are taught to hate, and we can be taught not to hate too. I was particularly struck by a famous psychological experiment called the Stanford Prison Experimentof 1973. In it, a group of volunteer students were divided into prisoners and guards and, over the period of days which the experiment ran, the guards slowly treated the prisoners in increasingly dehumanising ways and with increasing cruelty. The BBC attempted to repeat the experiment about 18 years ago, but curiously the guards proved very reluctant to act with cruelty. The researchers tried to explain this difference, and recent archival discovery of some of the supervision tapes of the original experiment show that, in fact, the maltreatment only began when one of the psychologists involved began to encourage and lead the ‘guard’ students into treating the ‘prisoner’ students more harshly and with less care. From that moment the experiment deteriorated into abusive and dehumanising chaos, which only stopped when the girlfriend of the lead researcher arrived and brought everyone – including the psychologists themselves – out of their nightmarish attraction to what was happening in front of their eyes.

The experiment has become famous as an example of how leadership is crucial to the encouragement or discouragement of good treatment. Whatever your politics, and whatever the outcome of the election, the subtle or not-so-subtle scapegoating of groups by those in leadership in the country – Jews, Muslims, refugees – without doubt leads to the gradual dehumanising of attitudes towards ‘the other’.

We’re not immune from this in the Church of course. Many of us have been the victim of it at some stage in our lives. Women, LGBTI people, minority ethnic members all report such treatment, subtle or sometimes extreme. I would also caution about the scapegoating of Conservative Evangelicals too, who are among progressive Christians often singled out in an unhealthy way. The evidence shows that compassionate engagement works far better than scapegoating. Megan Phelps-Roper of the notorious Westboro Baptist Church has spoken movingly about how attitudes change when we engage with compassion.

To do such demanding work, and to bear with patience, requires a degree of personal security and wellbeing. Our ordained (and lay) leaders have a responsibility to avoid the temptation to allow such objectifying and scapegoating to be normalised. Encouraging healthy living in our physical and mental selves, practising good habits of work, rest and recreation, being aware of the shadow side of our nature – all the things that make us well and contribute to our wellbeing – these are indispensable factors in ensuring that our inner struggles are not projected out onto others, even if, maybe especially if, we disagree profoundly with them. Improved wellbeing leads to better attitudes to those who are different.

Being well and leading well are two sides of the same coin. Ask your clergy friends how they are doing after Christmas – it might be even better a Christmas gift than the bottle of something nice that you usually give.