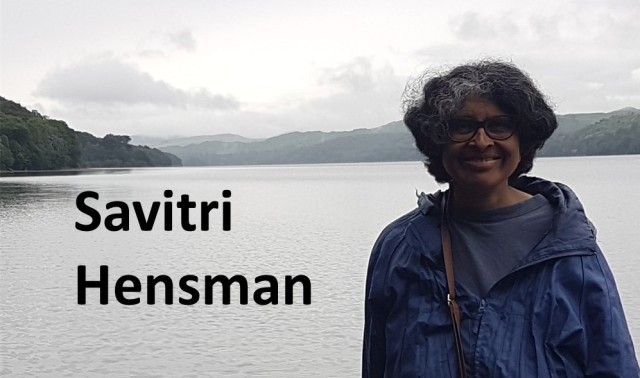 In ‘appearance, talents, intelligence, social and cultural traits’, lesbians and gays ‘do not differ as a group from their heterosexual fellow human beings,’ according to an official Church of England working party report. Some are ‘brothers and sisters in Christ.’ Views differed on whether same-sex sexual relationships are necessarily sinful. Either way, the Church was urged to offer acceptance and practical support and help people move towards ‘the degree of wholeness of relationships of which they are capable.’

This is not a sneak preview of the long-awaited findings from Living in Love and Faith. Instead it refers to the first report, written half a century ago, from the C of E’s formal process of study and dialogue which began just after sex between men was decriminalised, in 1967. Even by that time, theological debate on same-sex love had been going on for many decades!

From the early twentieth century to the present, opinion among Christians in Britain about lesbian, gay, bisexual, transgender and intersex (LGBTI)+ inclusion has shifted radically. Many denominations’ official stance on sexuality and gender overall has altered. Yet senior clergy have been reluctant to admit the weight of evidence for further change, even when work they have set in train has made the case.

This is the backdrop to the strong reaction against a spectacularly ill-judged ‘Pastoral Statement’ by the House of Bishops in early 2020, which as it is written closes the door to full acceptance of same-gender couples and even unmarried long-term heterosexual partners and led to an apology by archbishops.

Whether they are willing to follow this through in practice is uncertain. However, if senior Church leaders dash people’s hopes yet again, it will deal a further blow to the Church’s credibility, in addition to the inevitable human cost. Longstanding loving couples will once more feel devalued, and young people seeking to make sense of the complexities of relationships will be badly let down.

The early to mid-twentieth century was an era of major social and technological change, to which churches of all denominations had to respond. At the same time there was a fresh interest in the Bible and tradition, with attempts to find a way through the layers of power and prejudice which distorted the truth and got in the way of the Good News. The emphasis on equality and justice for all in early Christian teaching, and value of putting love for those on society’s margins above hollow piety, was rediscovered.

The horrors of large-scale warfare and human rights abuses, and the risks of distorting religion to cover up cruelty, were also more widely recognised. Many sought to challenge oppression and explore responsible use of humankind’s powers. These included Christians, led by their faith to work with people of other religions and none for a more free, just and compassionate world. Trends in ‘secular’ society as well as Church circles were influenced by  prayerful reflection and spiritual values, amidst other factors

Against this background, the C of E’s 1928 Prayer Book (though not officially accepted by all) allowed marriage based on gender equality and more positivity about sex, echoed in later liturgies. The 1930 Lambeth Conference of Anglican bishops gave the go-ahead to contraception. In other churches there were similar trends, despite resistance. Even back in 1914 the theological case for celebrating committed same-sex partnerships was already being made.

Increasingly, scholars pointed out that the Hebrew Bible condemnations of inhospitality and the customs of surrounding nations could not simply be applied to same-sex relationships today. Nor could New Testament authors’ dislike of sexual excess and exploitation, especially of youth and slaves, be used to argue against equal partnerships.

Scripture and tradition had much to offer the modern world. But this was not through wielding passages out of context as weapons against people in vulnerable positions.

Stuck in a Rut

Theological thinking on sexuality and gender continued to develop within and outside ‘mainstream’ denominations, though those at the top did not always approve.

Meanwhile greater visibility of LGBTI+ people made it harder to dismiss our concerns and downgrade the value of loving partnerships or self-acceptance. It also became clear that patterns of marriage and gender identity, especially outside the West, varied across history and there were different ways of being ‘family’.

The 1970 report to the C of E’s Board of Social Responsibility by a working party on homosexuality, quoted at the beginning of this article, was the first of several to explore such issues. It is in some ways dated but reflected a willingness to bring together theological, scientific and legal insights. Sadly, senior church leaders kept it secret, afraid of a backlash.

It found that there were ‘circumstances in which individuals may justifiably choose to enter into a homosexual relationship with the hope of enjoying a companionship and physical expression of sexual love similar to that which is to be found in marriage.’ This time it was published. Yet even bishops who were inclusive in private mostly shied away from making a public case for change. This set the pattern for the next few decades.

In the early 2000s, rules on remarriage of divorced persons were relaxed (and marriage of couples where one was transgender). Grassroots inclusivity grew. Yet C of E leaders put so much effort into not offending a minority strongly against affirmation that theological rigour and pastoral sensitivity were set aside at national level.

The torrent of criticism of the ‘Pastoral Statement’ might just lift this Church out of the rut in which it has been stuck. For the House of Bishops’ document was woeful.

For example, a narrow definition rules out even forms of marriage legally recognised in neighbouring Scotland until quite recently, in line with medieval canon law. If marriage only covers ‘lifelong union’ (and intention of permanence is not enough), remarriage would seem impossible, nor can anyone be sure they have been married until widowed. If it must be ‘legally sanctioned’, does this mean that sex between black-white couples in apartheid South Africa was necessarily immoral? What about women who connect the term ‘marriage’ with coercive control, often resulting from church failings?

To recover credibility, after decades of reports from this and other churches, it is high time for meaningful change.

This includes recognising the overwhelming case for letting clergy and congregations celebrate marriages of same-gender couples and making it easier for LGBTI+ Christians to use their gifts, whether lay or ordained.

Like Loading...
This entry was posted in Human Sexuality, Living in Love & Faith, Savi Hensman. Bookmark the permalink.